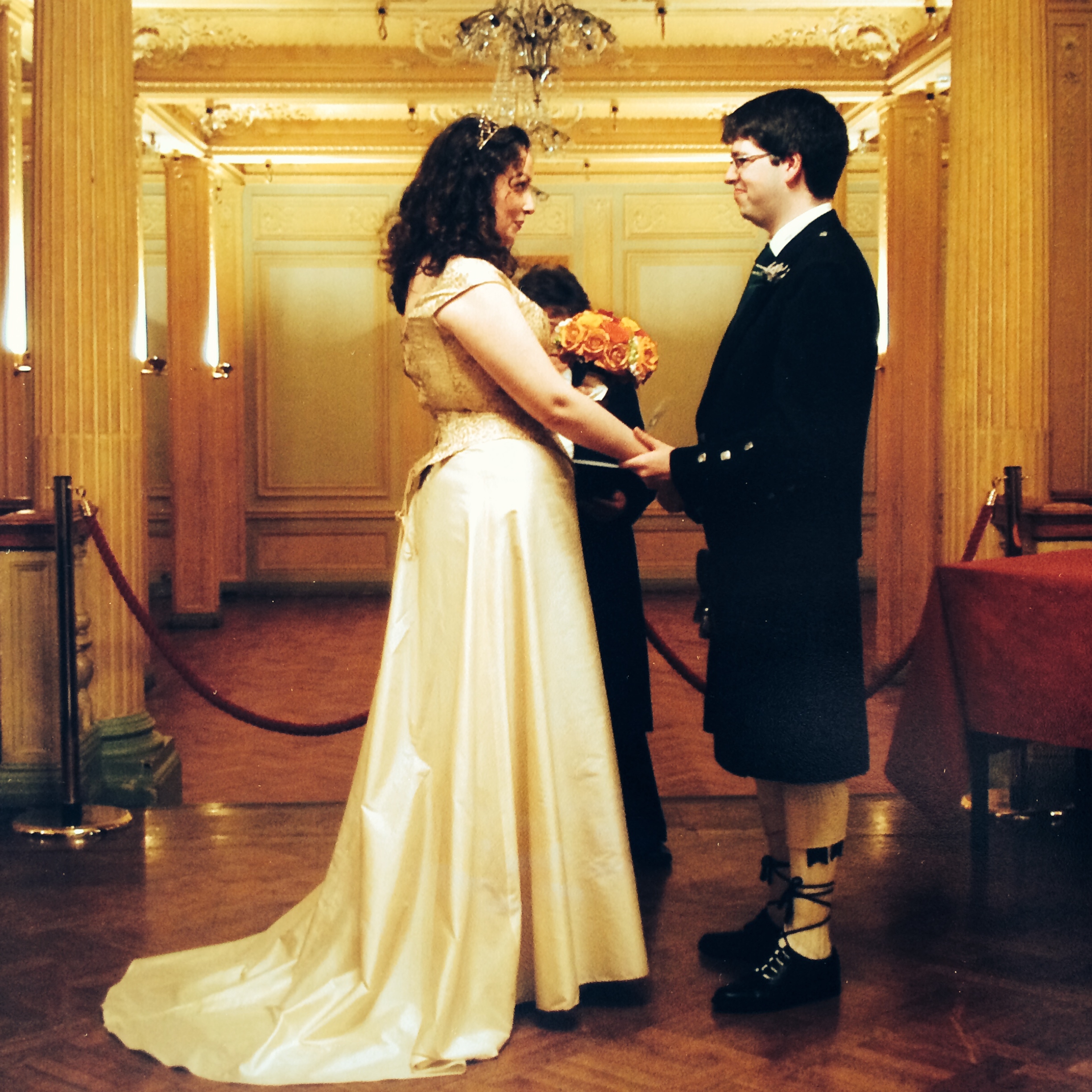 Time certainly flies when you're having fun. Ten years ago today, Anisa and I were waking up in separate flats in Edinburgh. She was off to get her hair done, I was trying to remember how to shave and wondering how I was going to put up a marquee.

Somehow, I made it to the Assembly Rooms ahead of schedule, best men in tow, and the next thing I know I'm introducing future family members I've never met before, trying to play the calm host.

And then everyone is sitting down and it's all quiet and Fauré's Pavane starts and the doors open and in she walks, and it hits me.

I was so focussed on everyone else, that I'd kind of forgotten, and suddenly all the excitement hits me at once, and I can't stop smiling and grinning.

Someone later commented that they thought we were going to burst into fits of giggles.

Ten years later, and it feels like yesterday. The weather is the same, the family gets both larger and smaller over time, and we both still giggle.